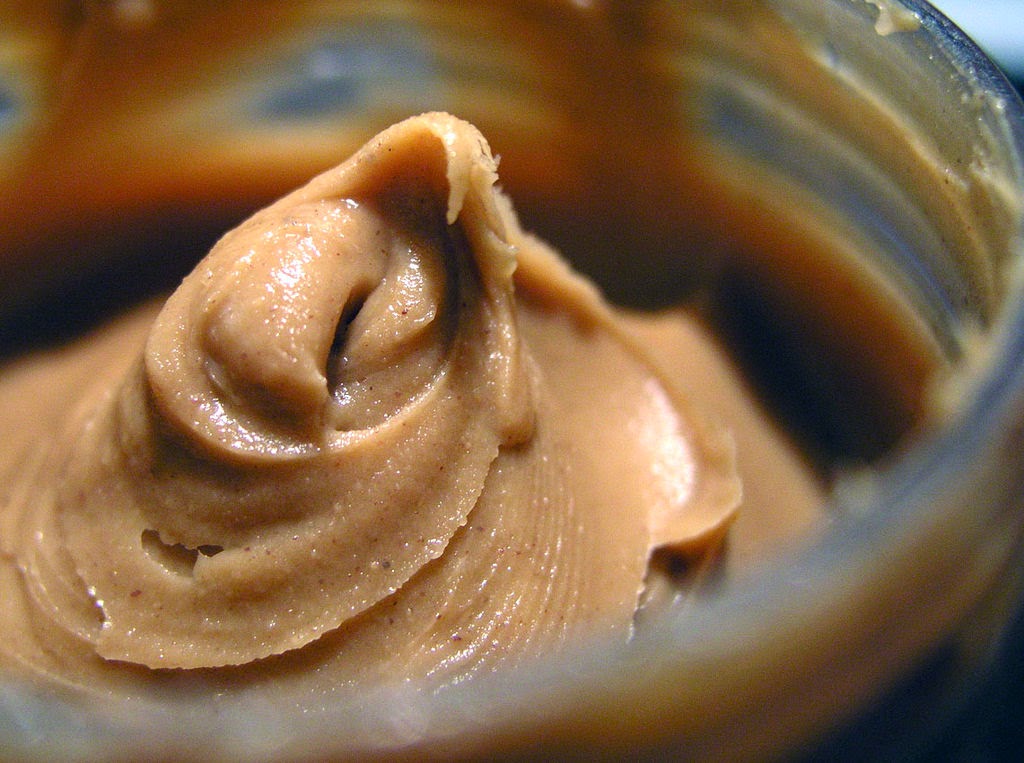 Q: Has any one given their ferret peanut butter Jiffy Creamy. The reason I’m asking is because my son dropped his peanut butter jelly sandwich on the floor today and Misty (my baby ferret) was licking up the peanut butter goop. Will she be alright?

A: I’ve heard of a ferret that got into a jar of peanut butter and died. While peanut butter is high in fat and ferrets require fat for power,  it likewise is high in sugar and peanuts are a legume. Peanut butter is full of legumes (peanuts are from the legume family) and the ferrets can’t digest them, so there’s no nutritional value to be gained – and there’s the down side of possible blockage issues, too.

Here’s the nutritional profile of commercial peanut butter: “Peanut Butter. A smooth creamy paste made from roasted ground peanuts. Commercial versions frequently contain sugar and salt to enhance the flavor. Oil is a common additive at the same time used to emulsify the fats to try and keep the peanut butter from separating.”

A 1/4 tsp. of peanut butter daily is alright on special occasions BUT NOT OVER 1/4 TEASPOON!  You likewise cannot feed your pet ferret “chunky style” peanut butter as ferrets digestive tracts are not designed to digest the chunk of fibrous substance.  . .

As for peanut butter, I have the same thoughts as most ferret owners: too salty and also too sweet (most have high fructose corn syrup added). So, even if it’s the smooth kind and even if given very sparingly on very rare occasions, I still wouldn’t feed peanut butter.

It’s not meat, so it’s useless to them and it could cause some kind of problem (those sugars). Ferrets are carnivores and also lack a cecum that enables them to digest plant matter, remember they’re genetically similar to weasels and skunks.  Generally their bodies are made to eat meat, not vegetables or fiber.

Giving your ferret extra human food might make him ill, or even kill your ferret!. If you feed the ferret sugar day-after-day you are making your own ferret a lot more likely to get insulinoma tumors.

Can I Feed Peanut Butter Flavored Snacks to Ferrets?

They actually make peanut butter snacks for ferrets…just be careful when feed them, they can go crazy for it, but it’s not necessarily good for them because most peanut butter is high in sugar.

The only ‘treats’ my kids get are ferretone and pieces of fresh cooked meat and cooked eggs (either scrambled or hard-boiled). and i use pieces of their kibble, too, sometimes.

The best treats you can feed your ferret is just plain cooked meats. If you want a processed food, try the Dr. Foster and Smith treats, or Wysong ferret treats.