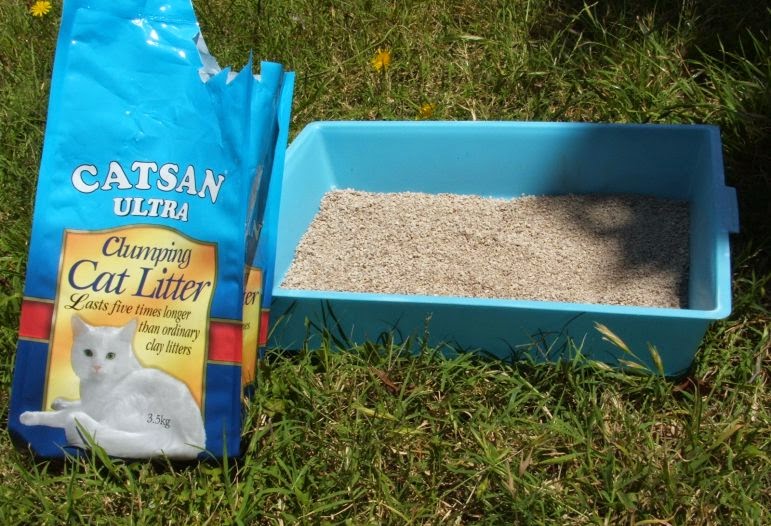 Q: How to Potty Train Ferrets?

A: If you are trying to potty train a ferret and treats aren’t working, you need another method of positive reinforcement.

Here is how I potty trained my first two, one of which was deaf (my other two followed the lines of monkey-see monkey-do).

What Litter Box Should I Use?

The type of litter box you’re using will also have a lot to do with it. Most males HATE corner boxes because they cannot comfortably fit their entire body into it. If you use a corner box, switch it to a cat box litter pan (you will have to find a way to attach it to the cage to prevent flipping and moving) – I personally use a 19 L Sterilite bin with one side cut out. Big enough for my biggest boy, Po (who’s about 4 lbs), and the sides are super tall to catch splatters.

As already said, make sure the litter tray is large enough. Sometimes they will all go on top of each other, but other times, they all like to have their own place.

Some ferrets just don’t like litter. mine would rather sleep in it than poop in it. As for potty training…. since they have free roam of one room and he goes in corners. Try either newspaper or peepee pads.

We use peepee pads (they have their own room also) and they have 2 corners they go to. A third corner has a radiator. And the forth corner has the door, never a poop in the corner, but if Peanut is mad at us for some reason, she will poop right in the  doorway so when we open the door to come in, we could possibly step in it.

Other than that, they all use the potty pads and its a quick and easy clean up. At night they do go in their cage for the night. I take all the soiled potty pads, lay clean ones down so they are ready in the morning. They also use a potty pad in their cage. they have a FN142 so the bottom floor is basically a potty area.

News paper works just as well, just make sure you put down enough sheets (4-5) in each corner.

Should I Use Treats for Litter Training Ferrets?

As far as litter training, personally, I found the reward for using the litter tray technique did not really work.

All that would happen was, every time the ferret saw me, and was near a litter tray, she would jump into the tray and pretend to use it, then wait for her treat. It got to the point, where she would follow me around the house, rushing from one litter tray to the next. We only did it a few times, but it stayed with her, for her entire life.

Litter Training Outside the Cage

For out side the cage, it is easier to go for over kill, to get them going in the right area. We have large gardening trays which are about 2 foot square, and about 2 inches deep, we line them with paper, and put them where the ferrets normally go.

Again, put a bit of their poo in the trays to start things off. On the one under the TV, I actually cut the front down, as they tend to do that “Bad reversing” thing with that one, and would stop when they got to the tray, rather than when in it, but the others are just normal, and they jump right in.

Change the news paper regularly, but do not clean the trays to often. Even the boarders use our house litter trays with a pretty good hit rate. The main time we have a problem, is when I have disinfected them, thoroughly, and they no longer smell like litter trays. Ours are usually OK, but the visitors can’t find them.

Normally, once you have one trained, the others copy, and the only time they go in the wrong place, is when they are making a protest, the litter tray is too dirty for them, or they feel they will offend another ferret by going in the same place (Covering their mark). In this case, we clean the poo that is in the wrong place up with some kitchen role, and leave it in the back corner of the tray, (still in the kitchen role sheet), so that their smell is now in the right place.