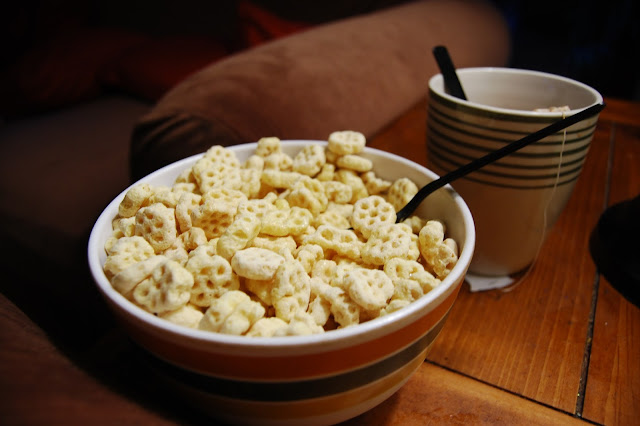 Q: Can my ferret eat pieces of cereal?


A: All my ferrets loved cereal, peanut butter, or even  bananas for treats, and I was told by the doctor it’s not good to feed them cereal with sugar.

Here’s what my vet told me:  “Ferrets will like sweets like raisins, bananas, peanut butter, and also pieces of cereal. The elevated sugar of such treats is associated with ferret insulinoma and other diseases. High carbohydrate treats, like cookies, cereal, and also bread, will cause pancreatic infection. Try not to feed these foods to ferrets at all. Foods high in cereal grains, for example corn, may play a role in the formation of ferret bladder stones.”

Never ever give the ferret any kind of fruits, vegetables, milk, nuts, peanuts or grains (crackers/cookies/bread/cereal).  They cannot digest this. It’s likely the ferret will get sick from the sugar and wheat in the cereal. That material doesn’t digest well at all!  When they start acting different please take them to the veterinarian without delay.

They might be okay in the end, still you must give them some canned pure pumpkin, that acts as a form of exlax for ferrets and other animals and to make certain the cereal goes through and also out of their bodies, because they can’t digest fiber in cereal.

Assuming it wasn’t too much they should be okay, but watch their bowel movements for any changes.

What Should Ferrets Eat?

Most ferret owners report reduced stinkiness with a fish-free, high protein, high fat, low fiber/carb diet. Ferrets aren’t rodents, they’re obligate carnivores, and need a meat diet with no added fillers (like grains and cereals), fruits, and also vegetables. There’s evidence that feeding a diet which contains grains and other inappropriate foods could cause a number of different health problems.

Some ferret owners feed an uncooked diet, mimicking what ferrets would naturally eat in nature, still this isn’t possible for all ferret owners. Honestly I would probably go with uncooked.

Some ferret food contains cereal or carbohydrates of some sort and its really detrimental to them. The truth is that it’s complicated to make a kibble devoid of these ingredients as this does not stick together and it also costs a fortune. In the long run commercial kibble with cereal fibers shortens their lifespan and makes them way more vulnerable to disease.

Some other ok treats – cereals low in salt and sugar, like Kix or Cheerios (no more than one piece each day). Likewise, little amounts of certain fruits (bananas being one) are ok, but only in small amounts (like no more than 1/2 teaspoon once or twice a week) and baby food (only a tablespoon per week) as treats.