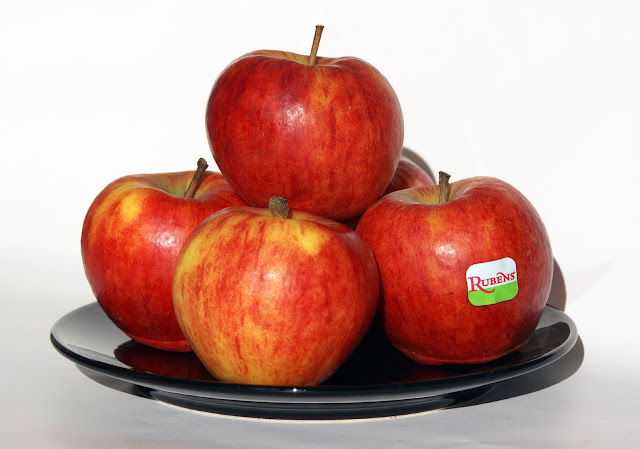 Q: Can ferrets eat apples? What about apple peels?

A: Ferrets, weasels, and their distant cousin, the skunk, can’t eat apples. A little piece of unpeeled apple has fiber, which causes bowel blockages, and sugar, which causes insulinoma in ferrets.

Remember, ferrets are in the skunk, otter and weasel family and in many cases though they have been domesticated for generations, their bodies are precisely what they are – weasels.

What About Apple Peels?

My ferrets like a a little bit of PEELED apple and sime like melon skins as a treat. PEEL apples first! A little piece of undigested carrot or apple peel possibly could cause a bowel obstruction and endanger the life of your pet.  Tough, indigestible foods (like the fiber in apple peels) may trigger a block in a ferret’s intestine, resulting in death if an emergency operation by a doctor isn’t done fast.

Ferrets are obligate carnivores and, consequently, don’t require nor can they metabolize fruit.  It is OK provide a small section of fruits or veggies from time to time, but only when it’s something that requires almost no chewing, for instance:

You can give him apple sauce occasionally, but he can’t survive on that alone. It would not necessarily have all of the nutrients he needs to stay healthy. Likewise, apple sauce can have lots of sugar in it which isn’t good for ferrets, so that’s why I say only feed apples as a treat. Apples are sweet and some ferrets have a sweet tooth, so a little lick is supposedly okay, but go for cooked PLAIN chicken or turkey as a better reward.

Sugary foods need to be kept at a bare minimum.  The sugar in apple juice and soda, and also caffiene, is detrimental for ferrets.  A small taste, like one lick, isn’t going to kill her however. Ferrets are at risk of insulinoma and an excessive amount of sugary items can easily trigger it.  Watch her closely; if she stops eating and looks tired, she might be showing signs of a sugar spike.  As a precaution, a fingerful of petroleum jelly can certainly help a stuck piece of fruit pass.  Really scrape it off onto the roof of her mouth.  Usually, ferrets like it (yuck), and also will swallow it down with no troubles