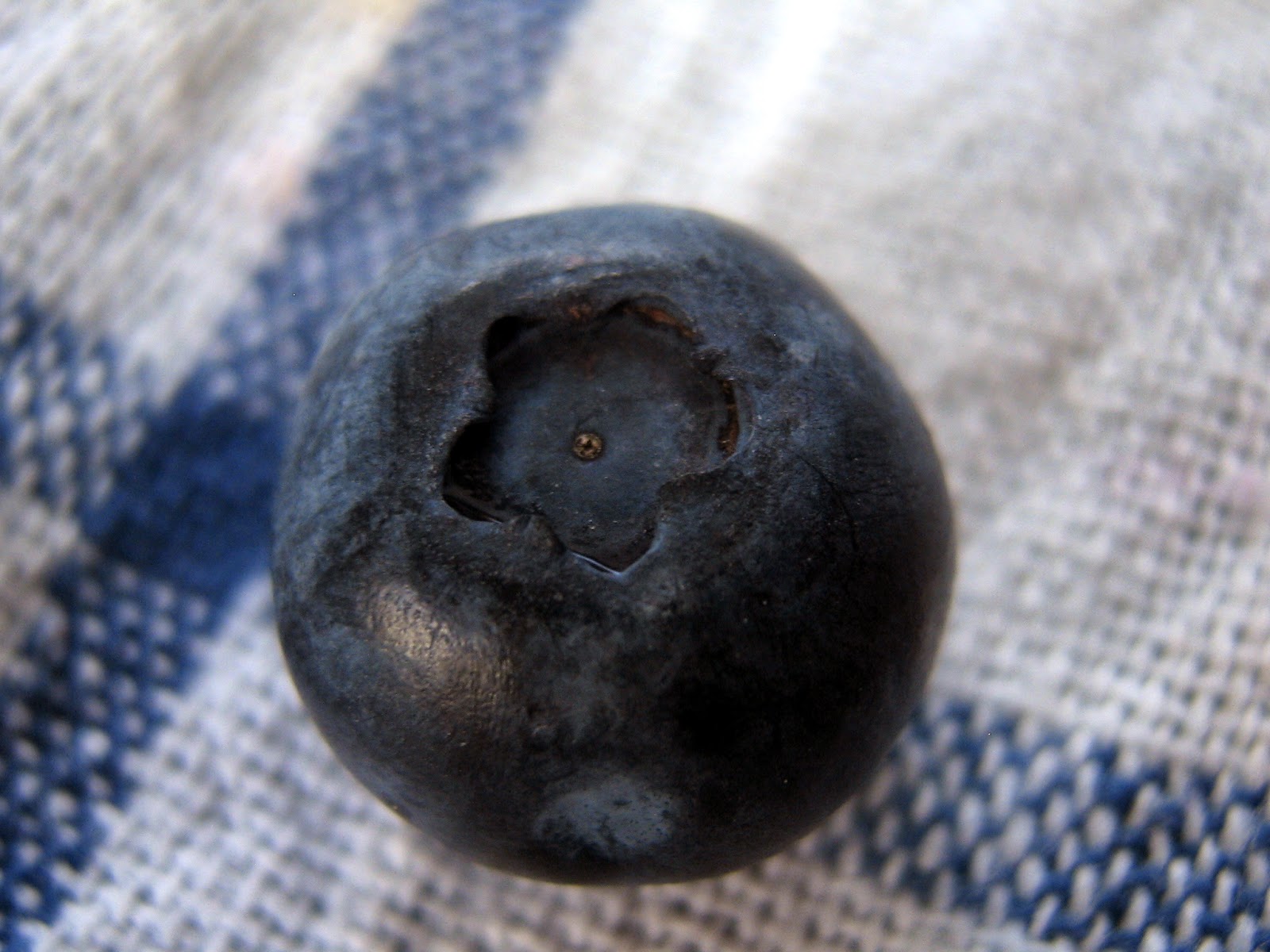 Q: Earlier, when I was eating some blueberries, my ferrets were begging me to get one. (I did wind up giving them one or two.) Can ferrets eat blueberries as a treat once in a while? What if my ferret gets into blueberries – should I panic?

A: Ferrets should only eat meat products, like live prey, and ferret treats with meat. Their bodies are designed to digest meat, and fiber (like the fiber in blueberries) can block their intestines, requiring an expensive removal at the vet.

Their stomach acid isn’t designed to break down fiber-rich blueberries like it is meat, and giving them one could cause a fatal blockage. (Not for sure, just that they’re able to.) An obstruction requires an operation. They could have other problems because of it, like diarrhea. Blueberries should be given in little bites, or cut up into small pieces. And don’t give them fruit too often (stick to one blueberry a week as a training reward.)

Ferrets, like people, ADORE carbs and sweets even though they’re harmful to a ferret’s digestion and health. Ferrets love fruit, although their digestive systems do not. Ferrets can’t digest fiber well at all; a banana in comes out a banana. Blueberries are also very high in sugar – and can even give your ferrets blue poos. Don’t give your ferret high sugar foods like fruit or marshmallows, or any foods high in sugar, salt or fat.

In the long run a ferret could get diabetes, get fat, or die from an bowel blockage.  A piece of fruit once in a while isn’t bad, but snacks aren’t healthy for her either.. . Since ferrets *aren’t* rodents, their teeth don’t keep growing and sugary fruits can easily give her cavities just like us.

Exactly What Should Ferrets Eat?

Try to avoid grains corn and wheat. Rice isn’t bad for ferrets persay; I’ve read evidence that it is actually easier on their digestive tracts. Ideally, their food should be grain free, have at minimum 35% protein, 20% fat, and also less than 3% fiber. Also, 3 of the 1st 6 ingredients should be meat – blueberries don’t fit the bill at all.